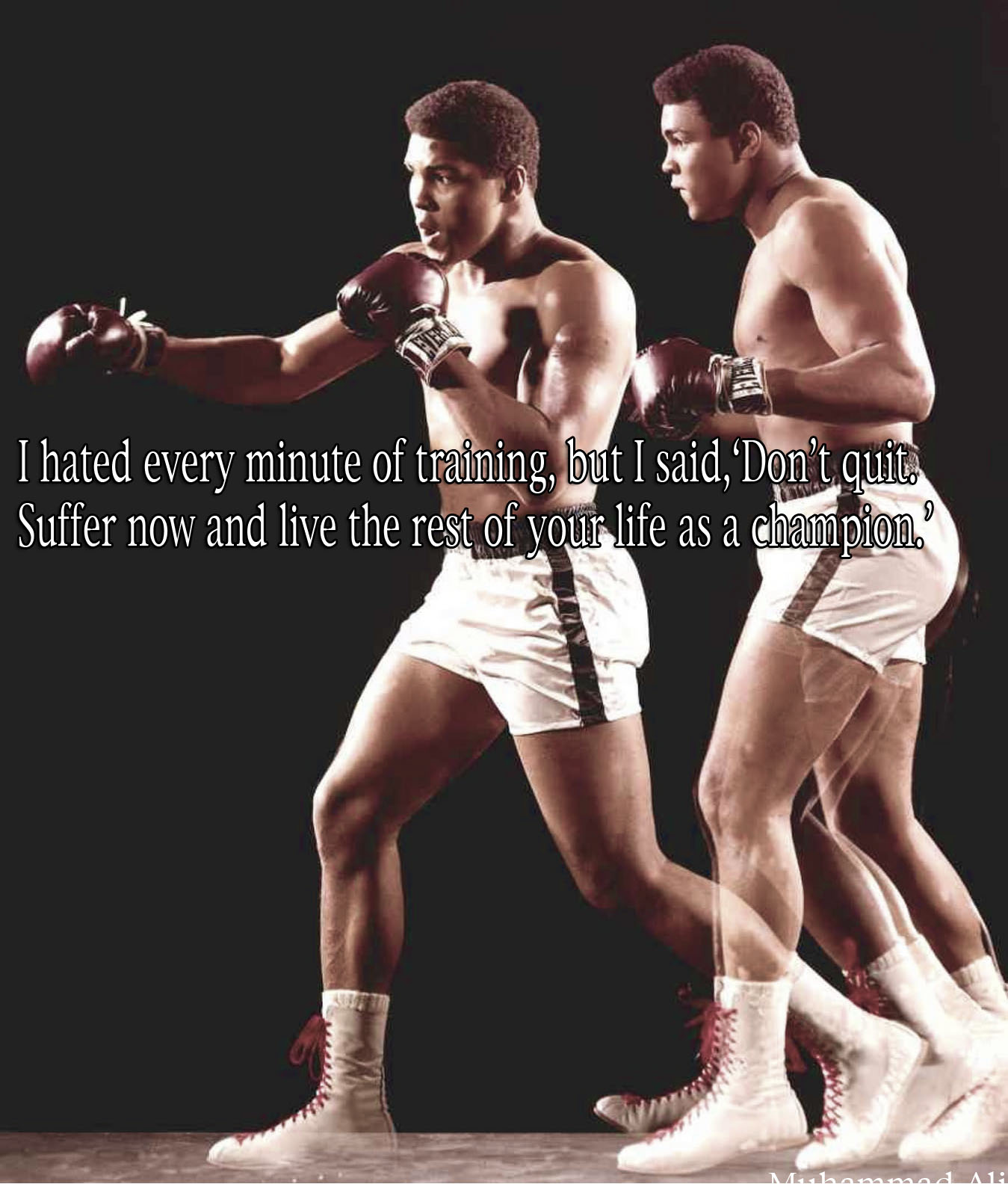 Two Champs With Parkinson’s Disease Before the Age of 50

Ali was not just about boxing; my dad was not just about his successful career – both  battling a disease that inspired many of us.  They both had incomparable work ethics; they were both confident, dedicated, altruistic, well-respected by so many, and were both very family oriented men.

Ali inspired millions, my dad inspired hundreds, and both touched countless lives while alive as well as in their passing. Ali said, “For many years I have dreamed of creating a place to share, teach and inspire people to be their best and to pursue their dreams. 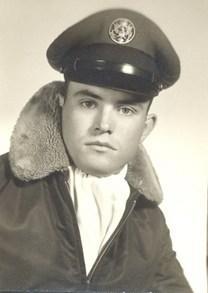 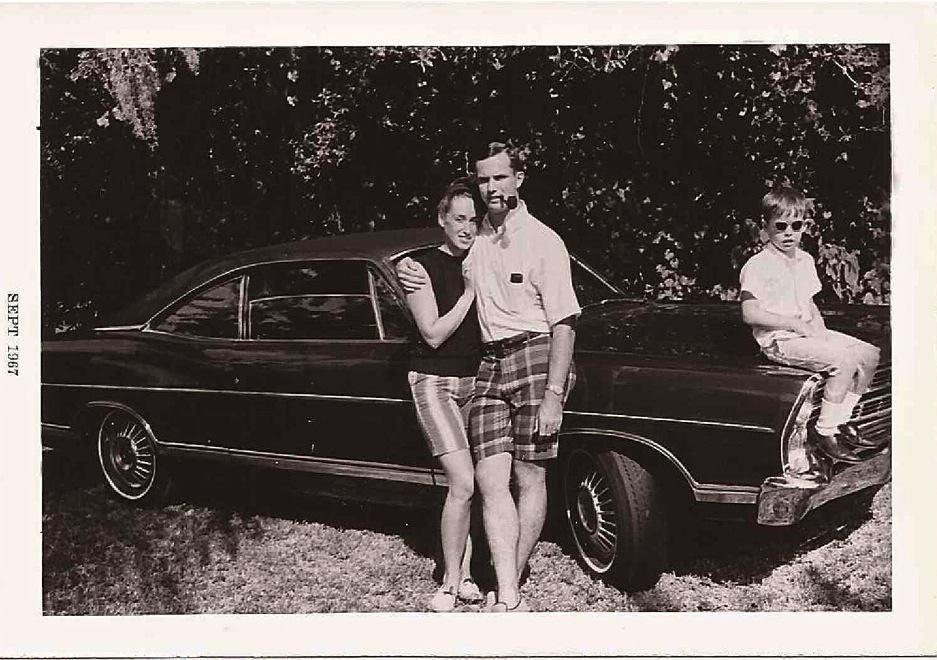 My brother Bret Anderson posted on Facebook right after Ali passed, “The greatest of all time…My Dad and Muhammad Ali. Both were extremely charismatic, both were the best in their profession, both made people laugh and want to be around them. And when they were up against the toughest battle in their lives (Parkinson's Disease), both fought valiantly to the very end. Heroes they were.”

I had a personal experience with Muhammad Ali about 17 years ago while I was living in Louisville, KY working as the General Manager at J. Alexander’s restaurant. While working on Mother’s Day in 1999, I had received a call requesting to reserve a table for seven for  Muhammad Ali. I did not believe it, we didn't take reservations and it was the busiest day of the year, but of course, I reserved the table anyway. 45 minutes later, I really couldn't believe it as Muhammad Ali and his family walked into J. Alexander’s restaurant in Louisville to have dinner. As you can imagine the restaurant was packed as it was the busiest day of the year. However, I have never seen a reaction from everyone, and I mean everyone the way it was when Muhammad Ali entered the building.You could feel the silence in the air as he walked through the restaurant. For a brief moment, the entire restaurant stopped, from the chefs in the back to every staff member and dining guest stood as they gave a standing ovation. A true well-known “Champion” he was ! Working in the restaurant industry I had seen a number of celebrities walk in. I couldn’t believe Ali and his family were walking through our front door.At this point, he was shuffling and very soft-spoken, he greeted everyone with respect.Also, something I had never witnessed before happened as well, after his entrance, nobody bothered him or tried to approach him for an autograph or anything. They simply allowed him to enjoy his family dinner. This truly showed the amount of love and respect people had for this incredible man.

Similarly, Ali and my dad had Parkinson’s Disease at a young age; the early stages for both of them were very subtle. At the beginning stages, some people can feel a little stiff, have difficulty getting out of a chair, remain frozen in an expression and several other subtle signs. My dad had a slight shaking of his pinky finger many years before he was ever diagnosed with Parkinson’s Disease. We believe he had Parkinson’s Disease for well over 20 years. On the other hand, Ali never displayed much of the disease until 12 years after he was diagnosed. 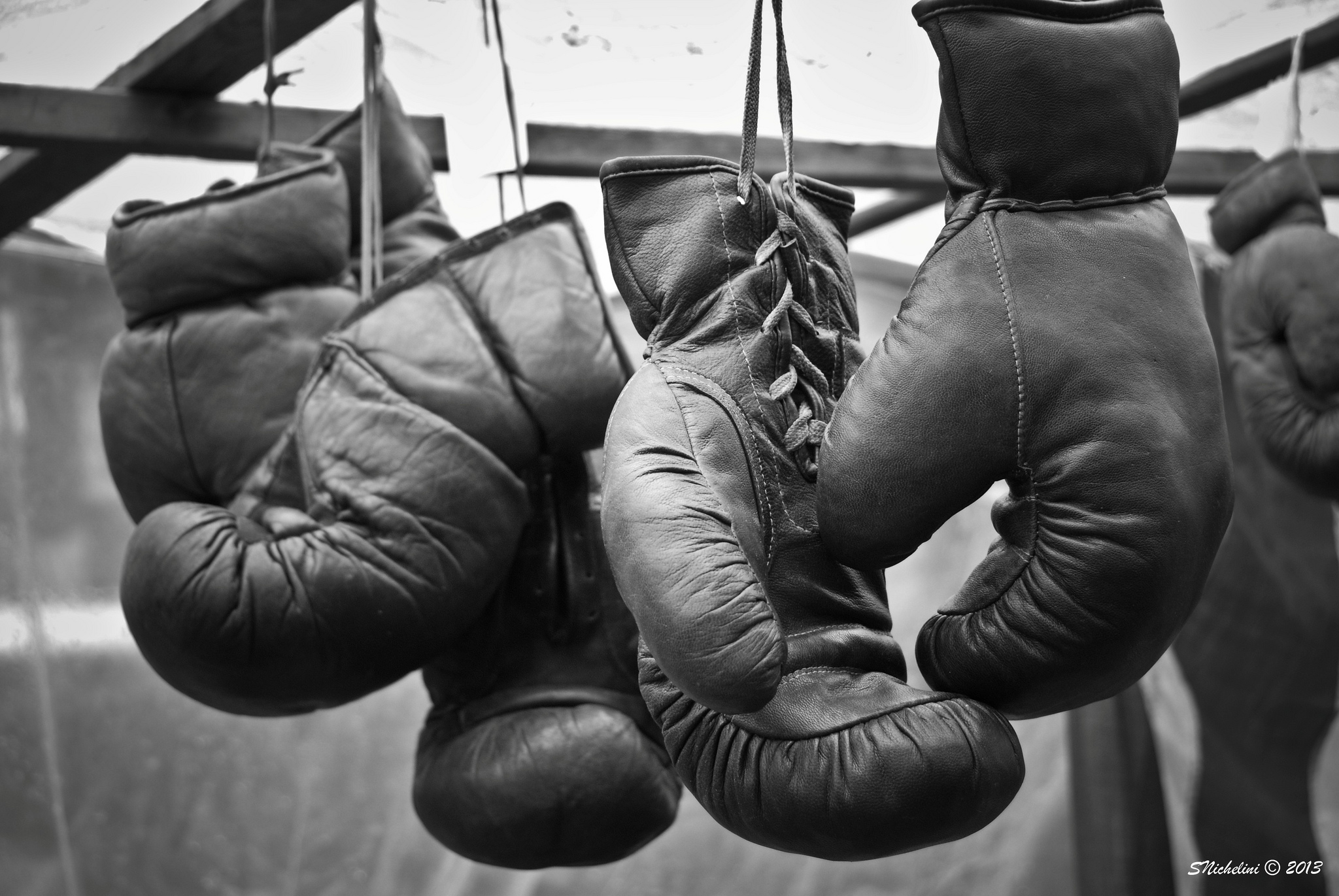 Ali gave people hope and proved that anyone could overcome insurmountable odds.  He gave people courage and made fighters in so many of us. He touched lives with his incredible spirit and wasn’t only a monumental athlete, but someone who stood up for their beliefs, a leader, a humanitarian, a global citizen, and an artist.  Ali’s work both inside and outside of the boxing ring truly makes Muhammad Ali one of “The Greatest of All Time”.

There are 5 stages of Parkinson's Disease, not everyone has all the same symptoms of the disease; some will have restless sleep, a soft voice, difficulty swallowing, constipation, memory problems, confusion, they fall easily, have oily skin and dandruff and much more.  My dad at one stage or another did have all of those symptoms but not everyone will experience the same. Ali and my dad both experienced their body and arms trembling uncontrollably, both had a soft voice, slurred their speech, saliva drooling from their mouths and a tremor in their hands.  They both moved slowly over the years, shuffled while they walked, and their muscles and facial expressions stiffened and became rigid.

As National Parkinson’s Foundation describes Parkinson’s Disease, “Parkinson's disease (PD) is a neurodegenerative brain disorder that progresses slowly in most people. Most people's symptoms take years to develop, and they live for years with the disease.  In short, a person's brain slowly stops producing a neurotransmitter called dopamine. With less and less dopamine, a person has less and less ability to regulate their movements, body and emotions.  Parkinson's disease itself is not fatal. However, complications from the disease are serious; there is currently no cure for Parkinson's.”

At the present time, there is no cure for PD, but there are a variety of medications that can provide dramatic relief from the symptoms. Scientists are currently looking for the cause of PD and continue their research for possible environmental factors like toxins that may trigger the disease and they are studying the genetic factors to determine how defective genes may play a role in the disease. Other scientists are working to develop new drugs that can delay, prevent or even reverse the disease.

My dad worked so hard his entire life in order to provide a good life for his entire family, he traveled often for his career as well as working countless hours per week.  I believe with the lifestyle my dad had, stress may have played a role in his disease. He was a strong man who never gave up and was passionate about what he believed in. This trait trickled down to me as well, and at the age of 35, I also felt a great deal of stress. Working 60 hours per week as well as moving 14 times in 10 years all while managing restaurants.

After watching what my dad went through, it was an eye-opener and I decided I should change my career and my entire lifestyle; in 2002 I moved to Florida and a couple of years later I found my passion in the real estate business.  I love helping clients achieve their goals, and also coaching realtors in how to be successful.

Seeing the recent passing of such an inspirational man, Muhammad Ali, reminded me of my father, and sadly I didn’t realize the similarities between them until then. However, I am grateful to be able to witness the lives of such amazing individuals who inspired me as well as many others.

© 2019 CMG Financial, All Rights Reserved. CMG Financial is a registered trade name of CMG Mortgage, Inc., NMLS# 1820 in most, but not all states. CMG Mortgage, Inc. is an equal opportunity lender. To verify our complete list of state licenses, please visit www.cmgfi.com/corporate/licensing and www.nmlsconsumeraccess.org.
The multiple listing information is provided by MIAMI Association of Realtors® from a copyrighted compilation of listings. The compilation of listings and each individual listingare © 2018 MIAMI Association of Realtors®. All Rights Reserved.
The information provided is for consumers’ personal, noncommercial use and may not be used for any purpose other than to identify prospective properties consumers may be interested in purchasing. All properties are subject to prior sale or withdrawal. All information provided is deemed reliable but is not guaranteed accurate, and should be independently verified.

All listings featuring the BMLS logo are provided by BeachesMLS, Inc. This information is not verified for authenticity or accuracy and is not guaranteed. Copyright ©2022 BeachesMLS, Inc.

All listings featuring the BMLS logo are provided by BeachesMLS, Inc. This information is not verified for authenticity or accuracy and is not guaranteed. Copyright ©2022 BeachesMLS, Inc.

To continue searching, you must agree to the Terms of Use.

For the best experience, please provide your cell phone number and select accept below to opt-in to our Terms & Conditions and Privacy Policy to begin receiving text and voice communications.

or make a new notebook

Search the full MLS and Exclusive Property Listings.
(Prices and inventory current as of July 1, 2022)

See local market activity affecting the value of
your home & maximize your investment.

We just need your phone number to finish creating your account.